After some thought, I think everyone who is active on LJ is now fully on DW too. I'll occasionally check back here, but I'm officially no longer crossposting. Please find me at uminohikari@DW or superborb@twitter/tumblr. 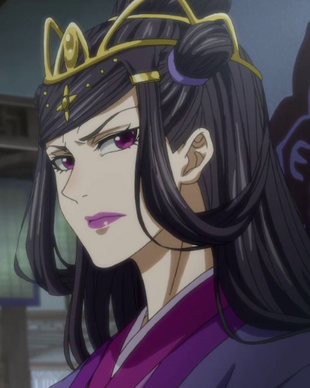 I find YZY a very fascinating character. I think she is unambiguously a terrible mother, and definitely caused some serious issues in her children. I think it's rare for a character to be a bad mother while still being portrayed as loving her children and wanting what's best for them, and I wish that was explored more! I can see arguments for her being more and less levels of abusive, especially considering how normal physical discipline is in their society and how much tougher having a developed golden core makes you.

After reading through all the fics on AO3 tagged with YZY in a day long frenzy, I come with five recs, all quite short:

Numbing by nekokoban [3k, G]
Food as a divider and a connector between YZY and the family she married into. I love this perspective on YZY's motivations: she feels like a real person, pushing against the constraints of the society she lives in. This fic was what caused me to become so interested in YZY.

MDZS short fics, Chapter 33 by nirejseki [1k, NR]
This is a much more forgiving view of YZY. Starting from the idea that YZY's actions are ultimately protective of her family and takes it to the logical conclusion.

纸鸢 • paper kite by ewagan [3k, T]
Second person YZY. I'm always fascinated by how YZY views JFM and how bad at communication they are; their "love languages" are so clearly incompatible.

unblemished by mud, Chapter 4 by chomrafy [1k, NR]
Short snippet of the women of the YZY generation as teenagers. Cute, and some fun lines.

Drowning Depths Blazing Blue by ExtraPenguin [1k, T]
A short nighthunt while WWX and JC are children. I loved the kid!logic here.

The theme is: less than 500 kudos! For the express reason that I had a couple dozen to rec, and this cutoff leads to a nice round 10 recs of presumably less widespread knowledge.

hear my voice and it’s been here by souridealist​ [56k words, E]

Jiang Yanli POV, and not an easy story. This is the fifth part of a series, and the one I loved the most; the others tell the story from other POVs. It can be read first. There had been two months between part 4 and 5, and I think not remembering the details of what happened in the previous parts immersed me in the limited view that JYL has in a more engaging way.

This explores Nie Huaisang’s use of Mo Xuanyu, and is as dark as you’d expect from such a subject. Huaisang is complicated and so, so determined.

The Lan brothers play Inquiry for Madam Lan, and what is revealed is, of course, tragic. There is one line, that Xichen thinks about Wangji, that punched me in the gut and made me gasp out loud. It’s not my headcanon, but it makes a seriously convincing argument on the backstory and relationship between the brothers.

Lan Wangji reluctantly brings Wei Wuxian to see a merchant family. I love backstory and worldbuilding and this had both in spades. The descriptions of the textiles were amazing and so immersive. This one is much less dark than Call and Response; they are in the same series but not necessarily related.

Jiang Cheng and Jin Guangyao raise Jin Ling. It sometimes goes smoothly and sometimes... not so much. It’s quite episodic in the scenes described, which makes it move along very quickly. Each scene is a perfect gem of an interaction.

It’s a Doctor Who fusion, which may seem absurd, but is executed so well. It’s from the Juniors’ perspective, as they investigate a mysterious statue. The perfect length to get a taste for the world in the fusion.

Crack taken seriously is one of my absolute favorites, and this is such a fun one. Jingyi is a plant, and Jin Ling discovers this secret. Wen Ning’s final line in this fic is absolute GOLD.

I Don’t Get Paid Enough For This (But I’d Still Do It Anyway) by Quixiote [25k words, T]

This is technically a WIP, but I loved what was there. Someone made the joke that the Untamed could be a shonen anime from Jin Ling’s perspective... but what if it was a shojo instead! It’s a Cardcaptor Sakura fusion, and it fits so well. Fairy makes for an excellent Keroberos. Sizhui and Jingyi as Shaoran and Meiling! So good. So perfect.

something wrong with this (you know it) by myliobatis

Truly the fact that only ONE woman doesn’t get fridged is absurd, and Mianmian is rightly angry about it.

Happiness:
Reconnecting with fandom friends has been AMAZING. I've only been able to find and get in contact with a subset of folks, but I'm thoroughly reminded of how much I love fandom. People excitedly recommending their favorites! Throwing headcanons back and forth!! It's been everything I could have hoped for. The lack of a wider community and of long meta is a little sad, but the people are still around.

Also, in the intervening decade, people have done some amazing things! There are so many published authors amongst the people I looked up that my list of books to read has grown substantially longer. After all, I once loved their fic, so their pro work must be even better?!

Sadness:
A decade out of touch meant that it is only now that I learned that sunhawk16 has passed away and kracken is very ill. I didn't know either well, but I remember reading their Gundam Wing fic as a teen. I cried when I saw Sunhawk's farewell twelve days of Christmas 1x2 posts.

Of course, learning this made me only fear what could have happened to all the other folks I couldn't get in touch with, but in the absence of data I will just pretend really hard that everyone else is well!

FYI, I'm now superborb on twitter and tumblr, in case you were wondering who the weirdo who added you there was!

I was seriously wondering if I should update my username away from.... the extremely teenage weeb one I've had for the last decade and a half, but the decision was taken out of my hands by being unavailable on BOTH twitter and tumblr. I'm pretty sure anyone who still remembers me would associate me with my icon though, so I've kept that the same. We'll see...

The combination of finally leaving schooling behind forever (PhD, get!) and having a ton of extra at home time during the pandemic times has finally gotten me to want to engage in fandom again. I've also been extra nostalgic the last two days, and longing for the good ol' days of LJ. (That one is probably the leaving school and remembering high school times.) For the last oh, 10 or so years, I've been at the outskirts of fandom, mostly chilling on AO3 and occasionally commenting, but I've finally reached the point where I want to talk with people! To squee! Is that term too outdated now?

I've been drifting through cdrama fandoms for a while, and it seems like it'll stick around in my headspace, so I assume it'll be a good jumping back point.

My main joy has been MDZS / the Untamed, but from what I gather, the fandom is mostly on Twitter/Tumblr, maybe with some Discord for flavor? Leaving aside learning a new platform, my problem with those is they're such firehoses of ... large images, which I've always found intimidating! Give me a good wall of text anytime. What to do!

I should go back to that old mainstay of mine -- back in hikago days when I didn't know anyone, I was known for things like commenting on every single blind go fic. I can't imagine fandom has changed so much that that is unwelcome, even if the art heavy style of Twitter/Tumblr is foreign to me.
Collapse